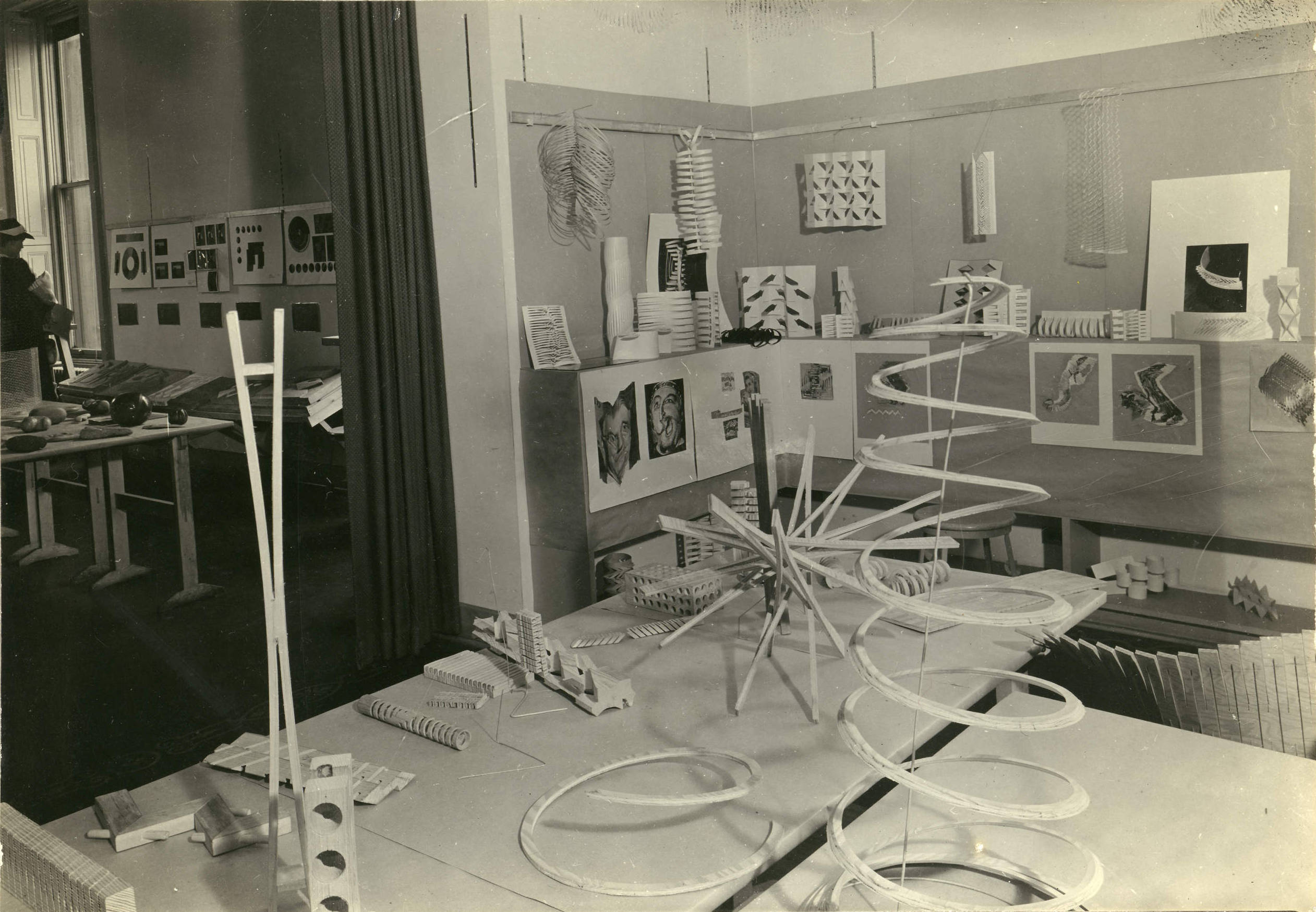 INSTITUTE OF DESIGN: A BRIEF HISTORY
A talk by Hattula Moholy-Nagy

The history of the Institute of Design ultimately began in 1919 Germany, with the founding of the Bauhaus in Weimar by the architect, Walter Gropius. The Bauhaus was a school whose stated purpose was to educate architects and designers, who could apply good modern art and design to the manufacture of industrial products. More than that, the Bauhaus had a strong humanistic bent that aimed for cultural integration. Its intent was also to educate the whole person, to give them the means to live more harmoniously in the industrialized world.

In 1922 the Association of Arts and Industries was established in Chicago to further the application of good design in industry that would enable it to better compete with European products. The Association hoped to establish a school to train artists and designers to work in industry. Arrangements with the School of the Art Institute did not work out and some of the members of the Association of Arts and Industries turned to the Bauhaus as a model of what their school should be. Walter Gropius had left the Bauhaus in 1928 and the Nazi regime had closed the school permanently in 1933. In 1937 the Association invited Walter Gropius to direct a new design school in Chicago. Gropius had just accepted a position with Harvard University, but he recommended one of his closest Bauhaus collaborators, László Moholy-Nagy, who had taught there from 1923 to 1928.

“The School offered day and evening classes, and Saturday morning classes for children”

Moholy became director of the school, called The New Bauhaus: American School of Design, and classes began in October, 1937, in the remodeled former Marshall Field mansion at 1905 South Prairie Avenue. Its curriculum was essentially that of the German Bauhaus with the introduction of some academic classes taught by faculty from the University of Chicago. However, financial problems and other factors led the Association to abandon their support of the New Bauhaus and it did not reopen in the fall of 1938. 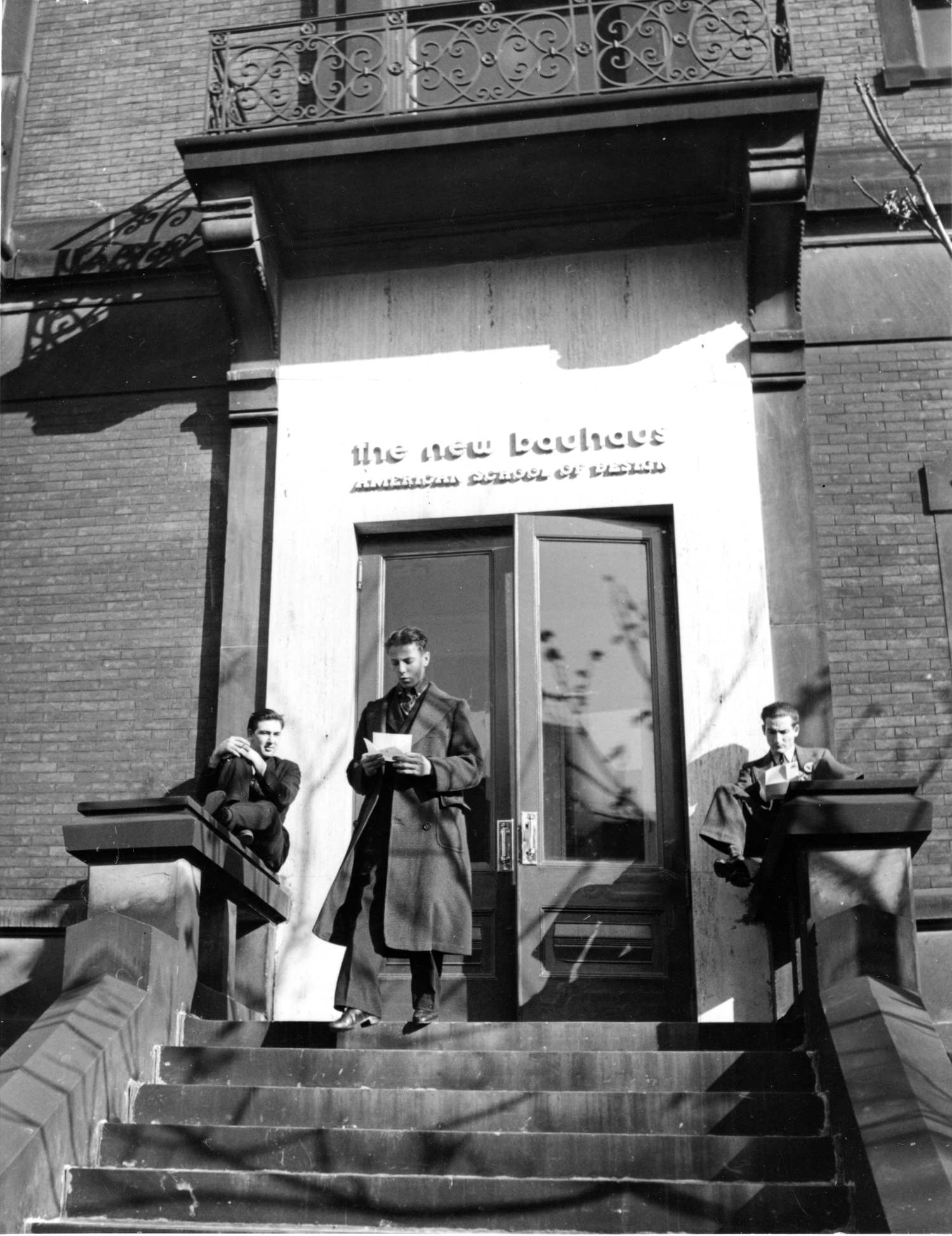 In February, 1939, László Moholy-Nagy opened his own school, The School of Design in Chicago. Its first campus was at 247 East Ontario Street. Many of the faculty and students of the New Bauhaus joined the School of Design and the school also had the support of former Association of Arts and Industries members, especially Walter P. Paepcke, the chairman of the Container Corporation of America. The School offered day and evening classes, and Saturday morning classes for children. In 1939, 1941, 1942, and 1945-1947 a six-week summer course was held at a property near Somonauk, Illinois, which was made available by Paepcke. There was also a rich program of guest lectures.

In 1944 the school was reorganized as the Institute of Design in Chicago. In 1945 the ID moved to 1009 North State Street. During the summer of 1946, a six-week symposium was held there, "The New Vision in Photography." In fall the ID moved again to 632 North Dearborn Street, where it remained for a decade.

In November, 1946, Moholy died of leukemia, and was succeeded as director by the architect, Serge Chermayeff. Vision in Motion, the definitive statement of Moholy's educational philosophy, was published posthumously in 1947. It is copiously illustrated with activities and products of the Institute of Design.

In 1949 the Institute of Design became part of Illinois Institute of Technology during the administration of Henry Heald. In 1956 it moved into Crown Hall on the IIT campus on South State Street. Its teaching philosophy has evolved considerably over the course of six decades, and it now operates as one of IIT's professional schools offering graduate programs in human-centered design, design planning, and photography and a post- graduate program in design research.


“The School offered day and evening classes, and Saturday morning classes for children”